CICIG AND THE RULE OF LAW 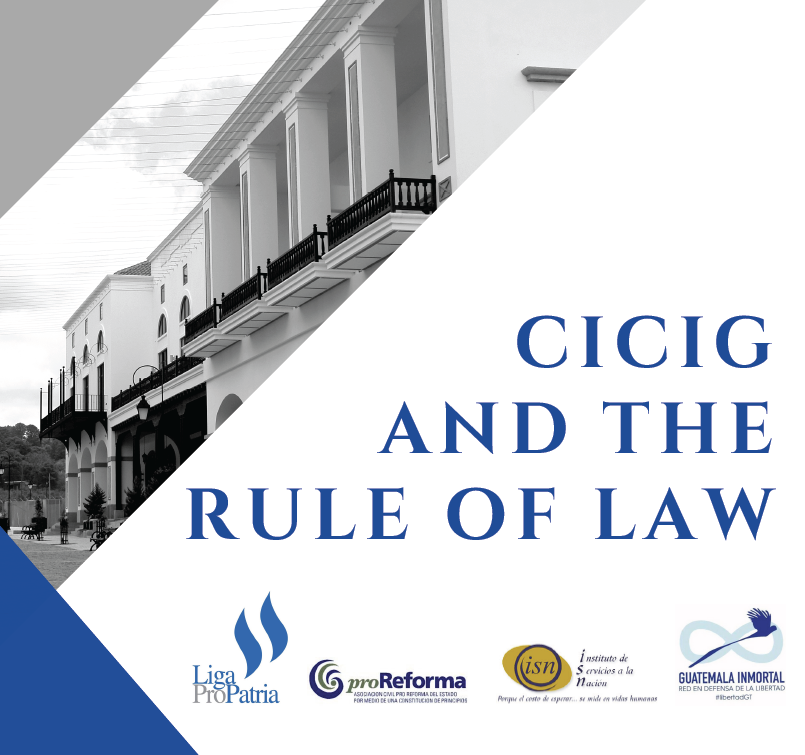 The International Commission Against Impunity in Guatemala (CICIG) is the predominant and most powerful institution in Guatemala. It has generated plenty of coverage – but only in the superficial mode of present-day journalism.

Reporters have taken the commission largely at its word, while scrutiny has gone missing. The purpose behind the following series of narratives is to open the way to scrutiny.

Ever since the beginning of its charmed career, the CICIG – acronym pronounced «see-SEEG» – has been awash in buzzwords. In describing itself and its mission, the CICIG has invariably used terms like anti-impunity, anti-corruption, pro-human rights, pro-indigenous rights, pro-women’s rights, and others of the kind. These also happen to be the buzzwords of an international political movement which identifies itself as “progressive” and which regards the CICIG as a crucial component. See ‘Judicial Watch’ Video

These narratives are aimed at policymakers, at journalists, at students, and at the interested general reader. With subjects chosen by legal experts, they are based on court documents, on direct or primary sources, and on news reports.

Our aim is not one of ‘exposing’ the CICIG in a journalistic sense. It is, rather, to draw the curtain aside and let the reader form his or her own impressions. These pieces are not scholarly works, nor are they lawyer’s treatises. Across the various episodes, a coherent picture does take shape, which readers may discover at their own pace.

We do not hope or pretend that our portrayals will be to everybody’s liking. The field that these narratives treat is a highly charged and politicized one, with issues that touch on life and death. Our writing on these matters is also an invitation to a dialogue about them. Our aim, rather than controversy, is to raise curiosity. We don’t demand to be taken at our word, as others in this field sometimes do. If we inspire readers to explore the issues on their own, our highest goal will have been attained.

We will release the first of our pieces tomorrow, and we will continue to release them at intervals during the next few weeks.